This multimedia story format uses video and audio footage. Please make sure your speakers are turned on.

Use the mouse wheel or the arrow keys on your keyboard to navigate between pages.

Swipe to navigate between pages.

Not an average winter in northern Syria

Not an average winter in Syria

Not an average winter in north SyriaAfter almost 9 years of war, resilience is at its lowest

The 8th winter of war

After almost 9 years of war in Syria, many people in the north have spent years displaced from their homes, often forced to move time and again. Today, resilience is at its lowest.

People's health, finances, and emotional resources are much worse now after so many years of violence and skyrocketing prices. Now, winter has made them even more vulnerable. Families struggle to buy fuel and warm clothes to cope with low temperatures.

Many who flee are in urgent need of humanitarian support, in particular shelter, food, medicine, household items and assistance to survive the winter.
Goto first page

An average winter in Syria is already harsh. Parts of the country can be extremely cold, with temperatures dropping to 0 °C in winter. Rain is frequent—sometimes there is even snow. It is bitterly cold outdoors, but also indoors, because of poor insulation and a lack of heating systems at home.

The sounds of the streets in winter  are those of small generators, wind, rain, motorbikes passing by. Inside the homes, people live with the sounds of wood burning and the clock ticking, the smell of diesel, wet clothes drying for days and family life taking place around the stove.
Goto first page 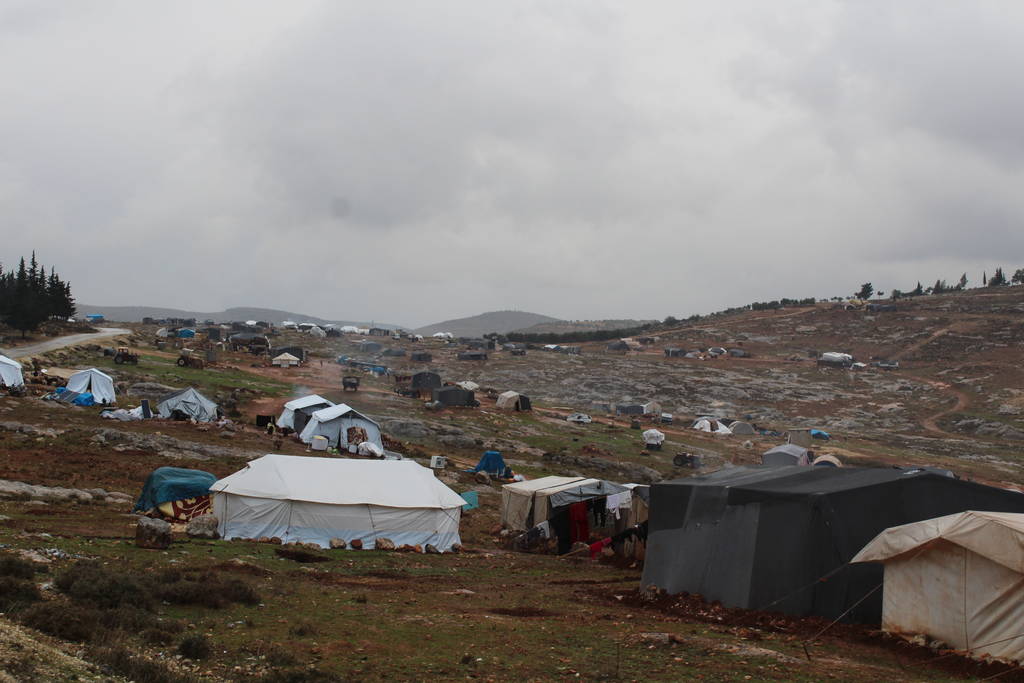 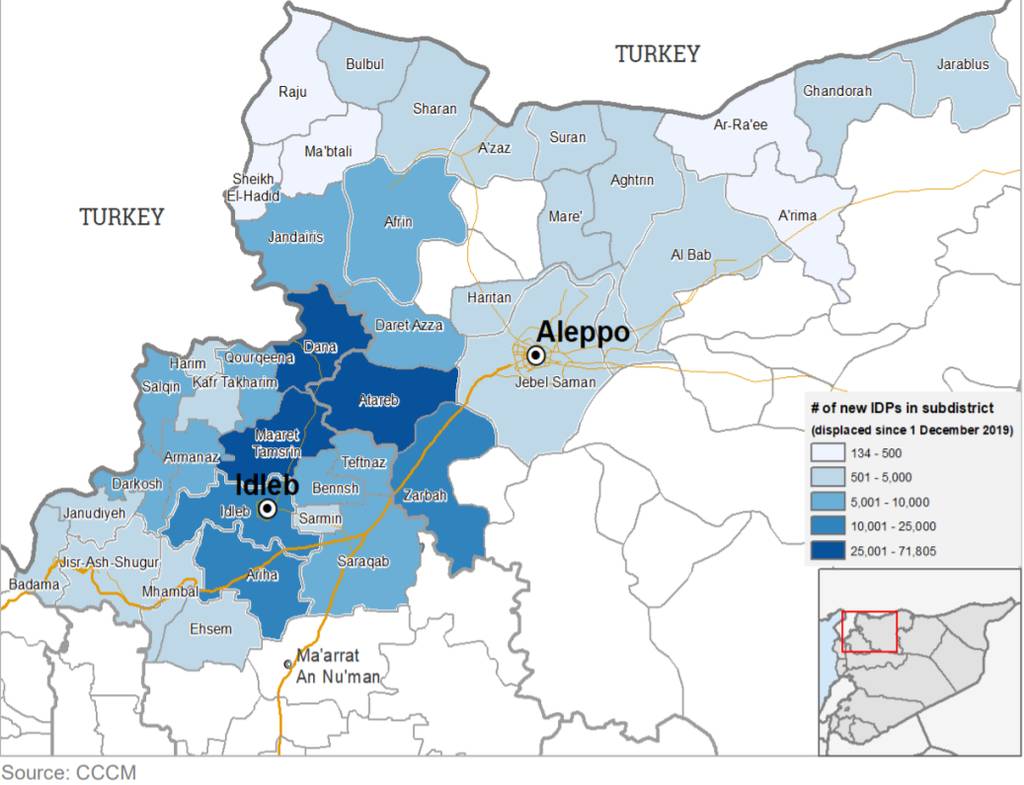 Fullscreen
The province of Idlib in northwest Syria has provided shelter for many displaced people during almost nine years of war in Syria.

Since 1 December 2019, a new wave of attacks has displaced more than 350,000 people who had to flee their homes or places they had relocated to. They have mainly fled southern Idlib, moving further north to escape the hostilities, heading particularly for urban centres.

The areas these displaced people can flee to are shrinking, with civilians finding themselves trapped and targets of new attacks. Ariha, a town hosting many displaced people, was hit by airstrikes on 5 January 2020, resulting in the deaths of at least 11 people, including several children, according to local sources. 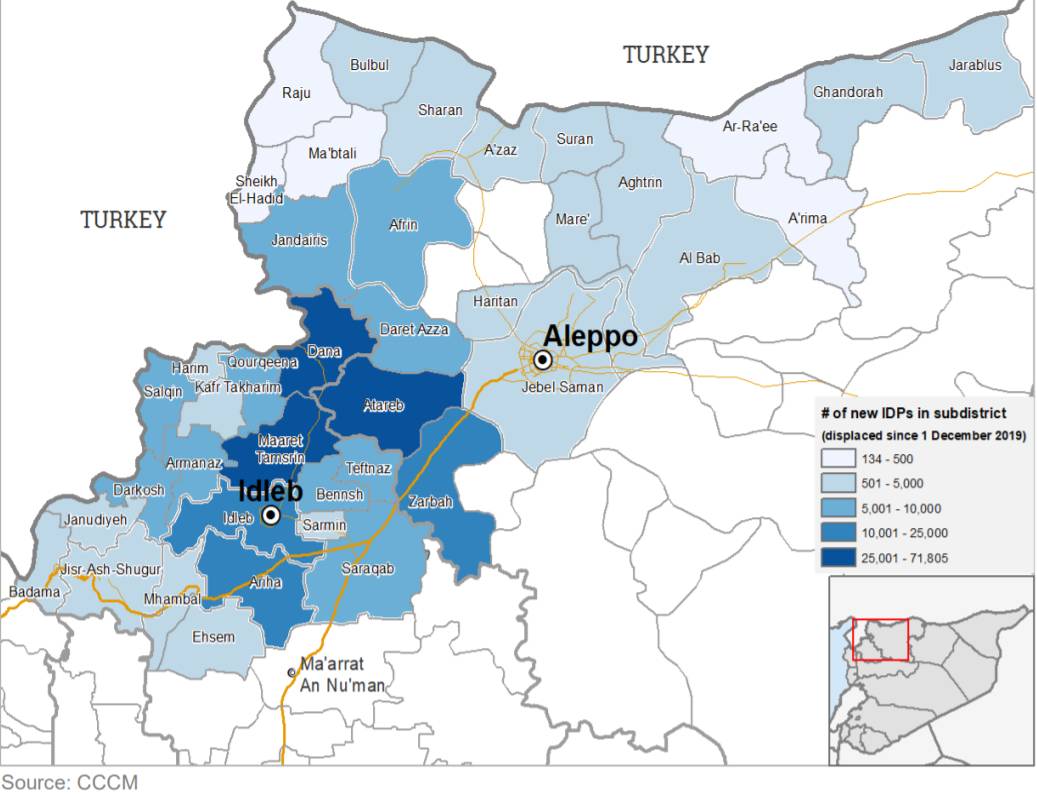 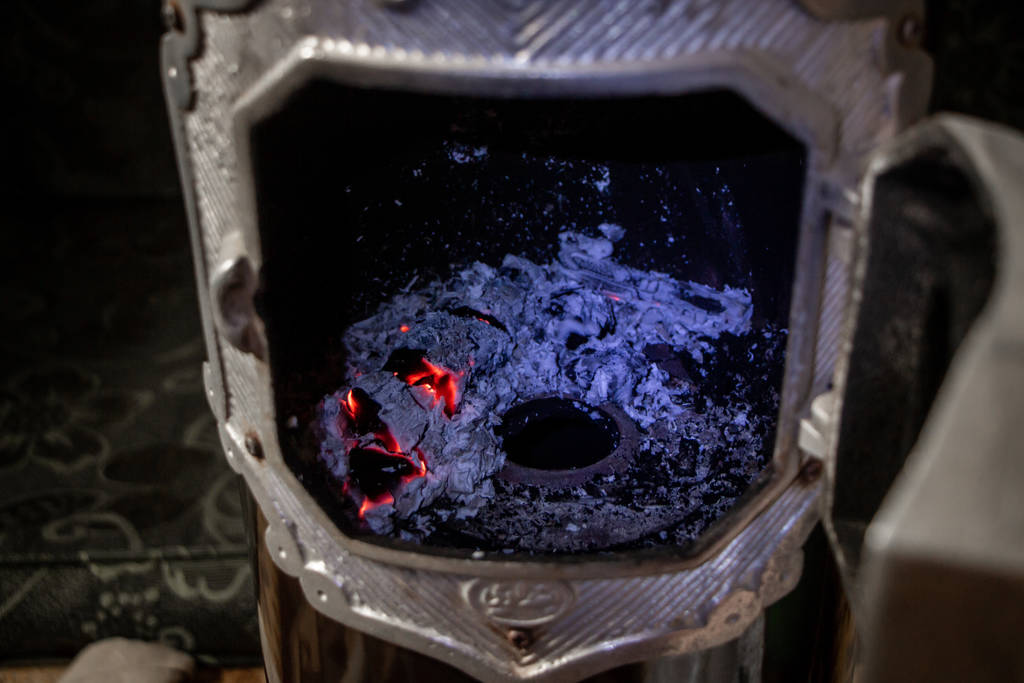 Amina, Ahmed and Najah live in Ariha city, located near the mountains and more than 600 metres above sea level. This makes it noticeably cooler than many other places in Syria. In 2019, the city's population has jumped from 85,000 to 100,000 due to waves of displaced people arriving in search of safety. As winter approaches, the electricity available from the public grid drops steadily: from 5 hours a day in the summer, to 4, then 3. By December the power is on for only 2 hours a day.
Goto first page

Amina is a mother of six. Her youngest two children still live with her. She explains that after having fled her hometown of Ariha for in 2013, her family was finally able to return in 2015. Yet this was when she suffered her greatest loss:

“Everything had changed. Six months after arriving back, my husband and I opened a small shop to sell wool. A week later, my husband died in an airstrike along with our neighbour. I lost both: my husband and all our money.”

Amina stopped knitting professionally some time ago, when she began suffering from back pain and asthma.
Goto first page

Today, Amina still knits for neighbours, to make a little money for the household. She also knits to keep her family warm.

Like many in the Idlib area, she buys her wool from the market —often in the form of second-hand clothes, which she unravels to knit into new jumpers, hats, scarfs or indoor shoes for the children.

Amina admits that she cannot afford to leave her hometown again, so she appeals for the warplanes to stop hitting them. The area has repeatedly been the target of attacks in recent weeks.

“I always had worked sewing and I had a good salary to support my family,” Ahmed explains. But during the war, “the workshop was closed and I lost my job.”

However, he adds that there were other reasons his job was not going to last: “My hand was getting weaker and weaker due to a nerve disease that grew worse after all the long working days, especially in cold weather. I had to quit sewing. The doctor said I had to stop working if I wanted to still be able to use my hand.”
Goto first page

Ahmed’s financial situation had already deteriorated before the war: “I got married ten years ago using my salary and what I had managed to save. I was thirty-one years old when I married. But six months after my marriage, the conflict started.”

Ahmed lives with his two children and his parents and now depends on his brother’s support to survive:

“Everything is becoming very expensive due to the high exchange rates. Many people are jobless and cannot find work. The cost of living is the same whether you are working or not. I hope things will get better, but they are getting worse.”
Goto first page

Najah is a strong woman. She went through a divorce and lost her son, his wife and her son-in-law during the conflict. Now she lives with her daughter and her three children, and her orphaned grandson.

The whole family left their home in rural Damascus in 2012 and have not been able to return. Every few months, they have had to move to a different house. Losing the family breadwinners—her husband and eldest son—was and still is the most difficult challenge for the family.
Goto first page
0:00
/
0:00
Start video now 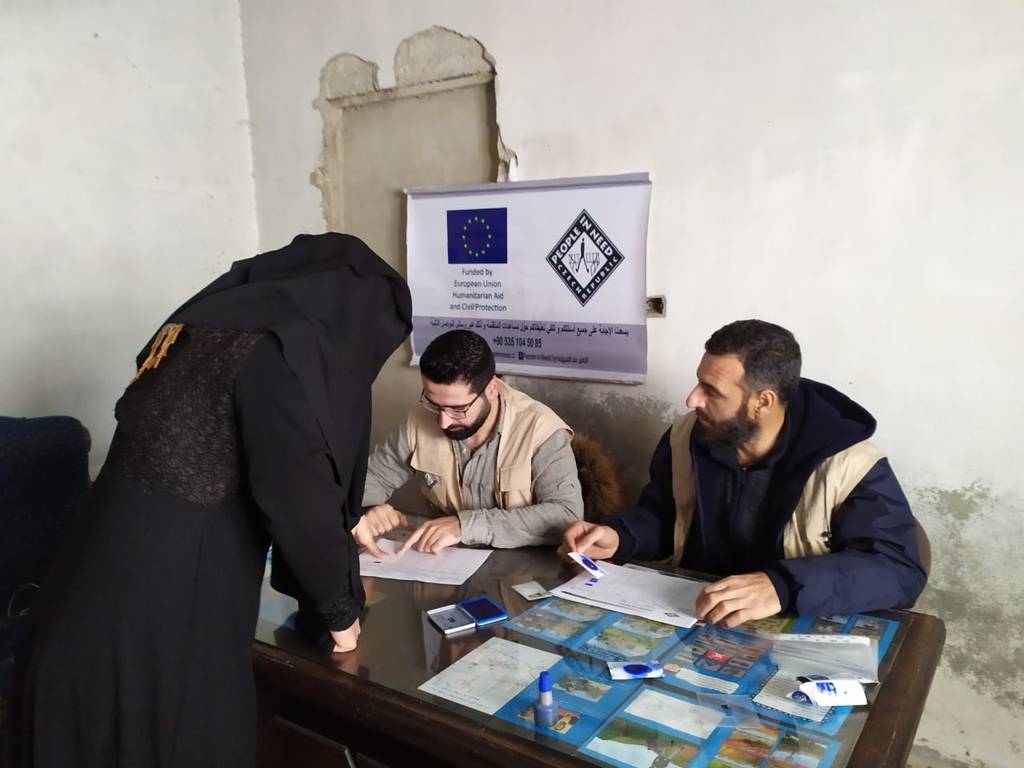 About humanitarian assistance during winter 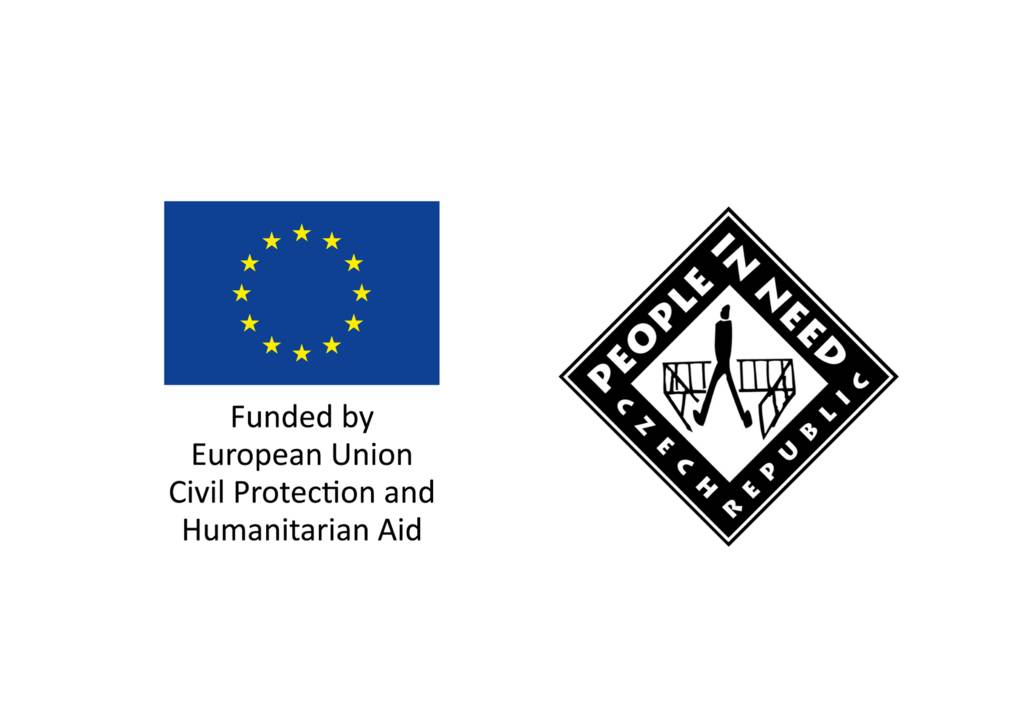 All photos & videos ©People in Need
Fullscreen
During this winter season of 2019-2020, we have given more than 5,000 families in northwest Syria grants worth €140 each. These grants are  used to buy petrol or wood for families' heating systems, as well as blankets or winter clothes, helping to fill a critical gap.

This humanitarian assistance has been distributed by the NGO People in Need with funds from the European Commission aimed at providing people in northern Syria with emergency assistance, under the project "Emergency and Post-Emergency Assistance for Conflict-Affected Populations in Northern Syria" project. 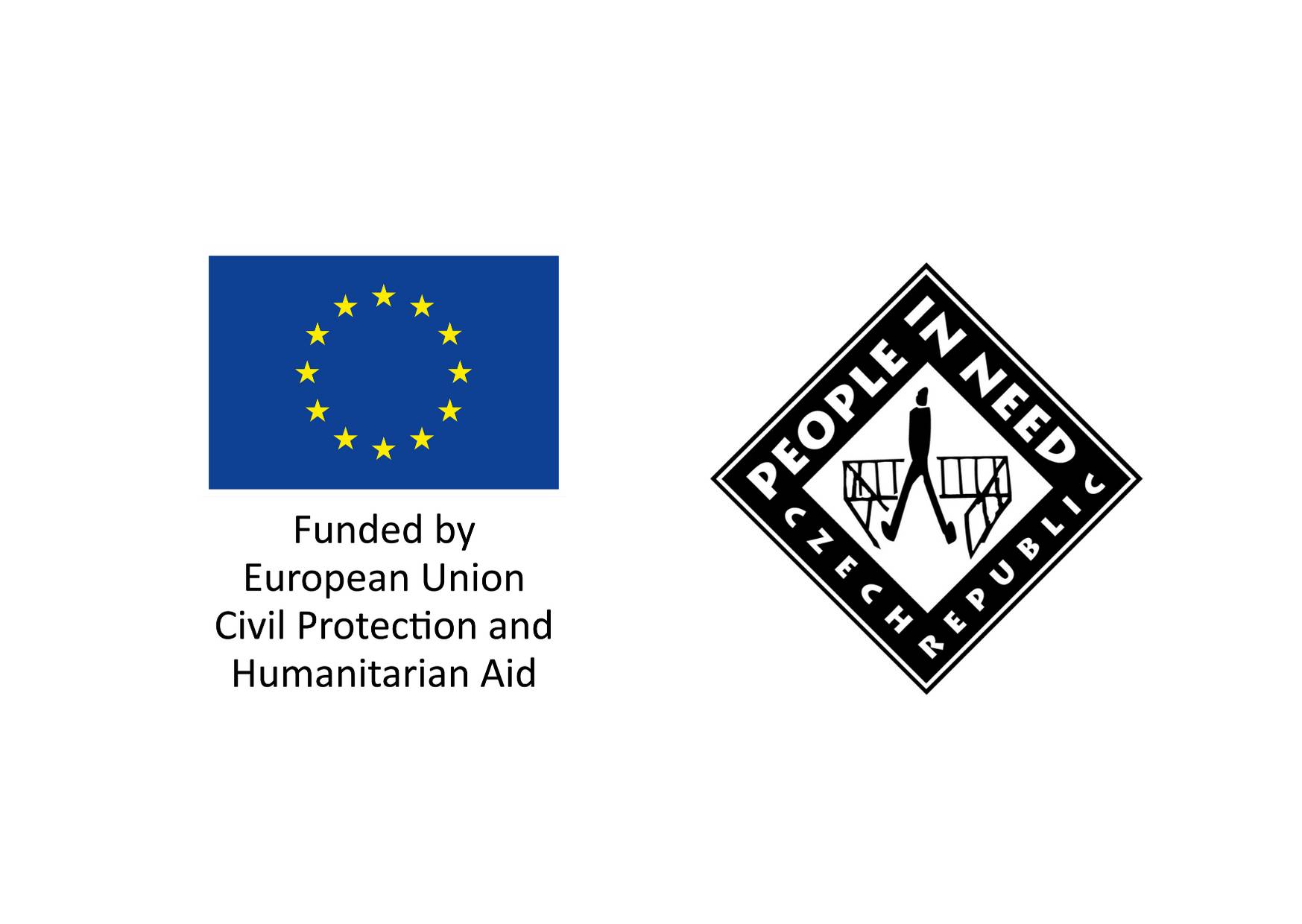 Not an average winter in north Syria

The 8th winter of war